In 2021, the Product department of Wikimedia Foundation had an Inspiration Week (internal link). Since I’m in the Technology department, I didn’t participate. I did hear about it and thought it sounded interesting.

I guess the first Inspiration Week went well since in 2022 the Technology department decided to join the fun (internal link). So this year, I got to participate.

I was initially a bit confused on how it would actually work, but I decided to participate full-time. I’ve canceled all of my meetings that week, decided not to work on any of my usual projects and got serious about inspiration. I had so many projects I wanted to work on, my biggest problem was picking a project that I could finish in a week.

So, what did I do during the week?

Every time I’m overwhelmed, I spend some time reviewing my projects. From my experience, spending some time planning pays off multiple times.

First, I’ve started with a very good review of my projects. I’m a big fan of Getting Things Done and I try to keep a list of my projects and contexts up to date. Since it takes a few hours to review them all, I usually just do a quick review of current projects and contexts. Since I was looking for inspiration, I’ve decided to review all projects in the someday/maybe list. It’s a long list. After getting my mind clear about all the things I wanted to do and what is possible to do in a week, I’ve made a decision.

I’ve decided to make getting to know SikuliX the main project of the week. It’s a tool I’ve used a few times in the last couple of decades, but it’s been a while since I’ve used it last. I’ve played with it over the week, but unfortunately the project didn’t end up with something I could show at the end.

Backing up is something I know is important. I think I have it set up so I don’t lose anything important. I also try to download data from online services to a local machine every month or two. I was reminded how this is important after an intern I was mentoring got locked out of his GitHub account, losing access to a few very important repositories that he didn’t have locally. Of course, online services don’t make it fast or easy to download data, so I end up doing it a few times a year. Since I had some time, I’ve decided to spend an hour or two backing up everything.

I learned German in high school, but I’ve never used it since. In 2020 I’ve decided to pick it up again using Duolingo. I’ve been pretty consistent with practicing it.

Every week you join a group of 50 people, a league. Points are earned by practicing a language. At the end of the week, the first few advance to a higher league, the last few drop to a lower league. Over time, I’ve reached the hardest, tenth league, Diamond.

Duolingo also has achievements. Legendary achievement is awarded if you finish #1 in the Diamond League. Well, I’ve never even been close. I just don’t spend enough time using Duolingo. Until Inspiration Week. I’ve decided to spend some time every day on Duolingo, just enough to stay #1. Long story short, somehow I managed to finish first and got the achievement!

I learned how to juggle at a conference a few years ago. The very simple three-ball juggle. I’ve had a lot of fun juggling. But, over time, I stopped. I was recently cleaning up my garage and noticed my juggling balls. I took them to the office and decided to practice a few minutes every day. I got to the point that I can now again juggle for a while without dropping the balls all the time.

I’ve started playing chess in 2021, mostly on chess.com. I usually don’t have a lot of time for it, so during Inspiration Week I’ve done a few lessons, solved a few daily puzzles and reviewed a few recent games I’ve played.

I’ve played the guitar since high school and drums since college. In 2018 I’ve started using Yousician to practice guitar, ukulele and bass. I’ve finished ukulele and bass courses and I’m finishing the guitar course. I’m currently trying to finish a very hard song on level 10, Practice Heart by Mr Fastfinger. Level 10 is the last level. I usually only play about 10 minutes every day after lunch. During Inspiration Week I’ve played a bit more. I’ve made nice progress, but I didn’t manage to finish the song. I’ve almost finished it. 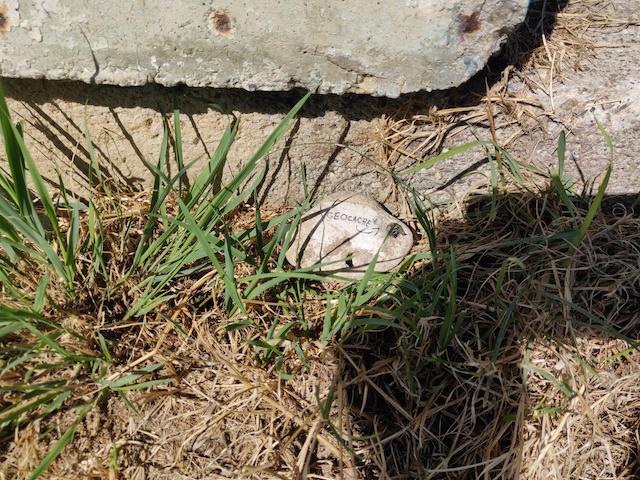 I got introduced to geocaching in 2019 at a conference. Since then I’ve managed to find more than 100 geocaches and I’ve hidden about 10. During Inspiration Week I’ve decided to take a longer bike ride to work one day and do some geocaching. During the bike ride I’ve replaced one of my caches that went missing, found a cache that I’ve looked for before but couldn’t find it then, looked for a couple of caches but I didn’t managed to find them, checked if a couple of caches are in place (one of them I own and one I just managed to be nearby). Finally, I’ve gathered data for a few multi caches.

I try to read a book for about 30 minutes every morning before starting work. It’s usually a book on software testing that my team reads for our book club. During Inspiration Week I spend some time in the morning reading a book that’s not about work.

I always liked to read. In 2015 I discovered Audible and audiobooks. In 2016 I discovered Goodreads. I have so many audiobooks that I’ve canceled my Audible membership until I listen to them all. It will take me a year or two. With so many books, it’s a struggle to figure out what to listen to next. So, I’ve decided to spend some time making a listening plan for the next year or two.

I ran my first half-marathon in 2002. I discovered Strava in 2016. I ran several half-marathons and one marathon. I’m currently training for a half-marathon. During Inspiration Week I went for a few runs early in the morning before work.