I’ve recently seen The Queen’s Gambit miniseries. My brother also watched it and got interested in chess. We’ve played some chess as kids, but never seriously. I probably didn’t play chess in decades. Next, my brother created an online chess club and invited me. I didn’t want to be the worst member of the club. (I’m not far from it.) I’ve started reading about chess, training and playing. This post will explain how I’ve started with knowing only how to move the pieces to knowing something about chess. I’m still in an early beginner phase, but I know much more about chess then ever in my life. I’ve also read The Queen’s Gambit novel. I recommend both the miniseries and the novel. (You will not learn anything about chess in either.)

There are a lot of resources today for learning chess. I’ll mention ones I found useful.

Chess.com is probably the most popular chess site. Basic functionality is free. Free plan should be enough for start. They have paid plans for 5, 7 and 14 USD/month. There’s a discount if you pay per year: 29, 49 and 99 USD. They have an app for your phone.

If you care about the software you use being free/libre/open-source, then Lichess is for you. It has very similar content to Chess.com, but all of it is free. If you like it, they accept donations. They have an app for your phone.

I haven’t yet explored much of Levy Rozman’s GothamChess site, but I’ve watches several hours of his YouTube channel GothamChess. Both educational and entertaining.

Which ever site you chose, you’ll need to do several things.

Either watch a video or read an article. Then, do the exercise connected to the video/article. It’s a very good way to learn how to move the pieces; openings, middle game and endgames; strategy and tactics…

Another good way to learn is by solving puzzles. You get a chess board, usually in the middle of the game. You have to make one or move moves. The trick is that only the best possible move solves the puzzle. There might be several good moves, but the puzzle is about finding the best one. It’s very convenient, especially on a phone, or if you don’t have a lot of time. Each puzzle might take you a few seconds to a few minutes to solve.

Of course, all that training is only preparing you for the game. It’s important that you play too. You can play against a computer, or against real people online. If you decide to play online, there are a lot of options, from short games (1, 3, 5 or 10 minutes per player) to daily games (each player usually has 24 hours to make a move). Some people like short games, some people like to have the time to think. Of course, you can always take out that dusty chess board from the shelf and play against family and friends.

After each game, it’s very important that you analyze the game. The site will tell you which your (and your opponent’s) moves were good, which ones were bad, with suggestions on what you should have done. Very useful.

This Chess.com Android app screenshot shows a good move I made in a recent game. There aren’t many of those. 😅 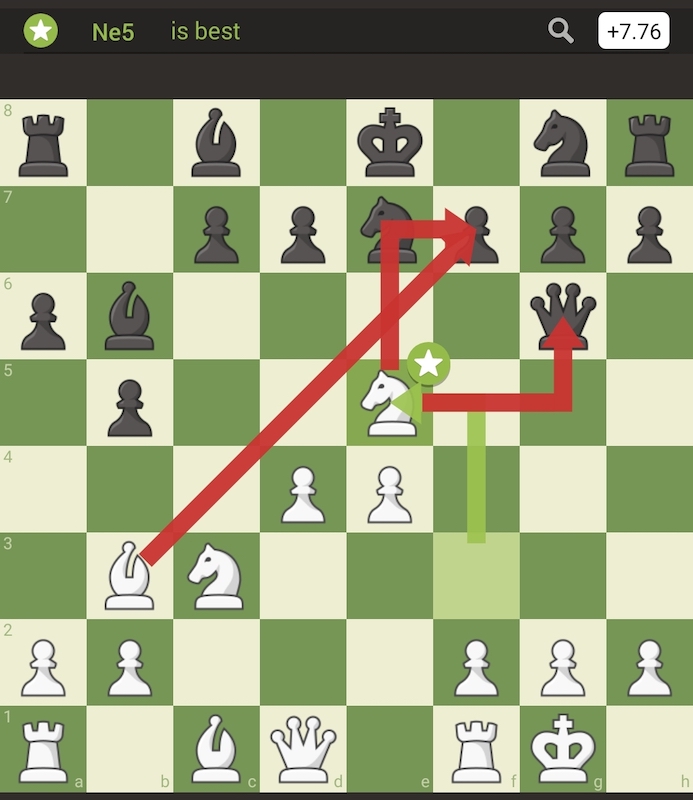 After a few games, you’ll be able to see if you’re improving. The more games you play, the more accurate the stats will be.

This Chess.com site screenshot shows how I started from the start at the beginning of 2021 and reached about 800 in ranking in daily chess (each player has 24 hours to make a move). That’s still pretty low, but it’s slowly improving. 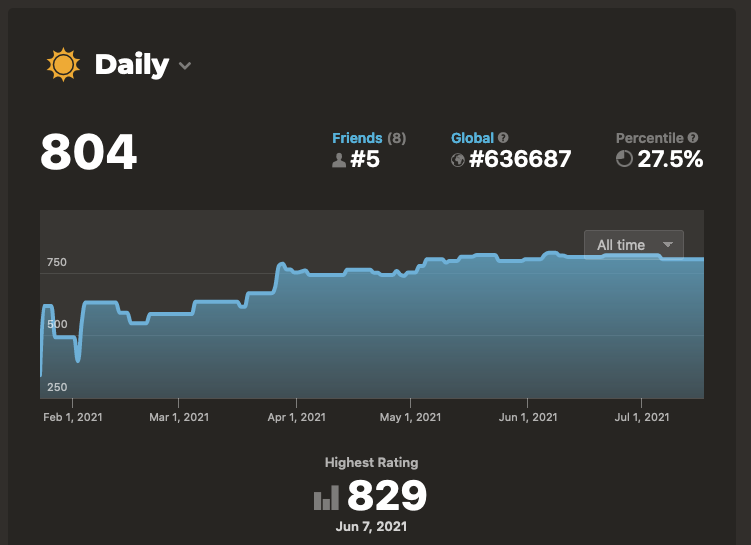 This screenshots shows that I’m better at puzzles than in daily games. I’ve reached rating 1300-1400. 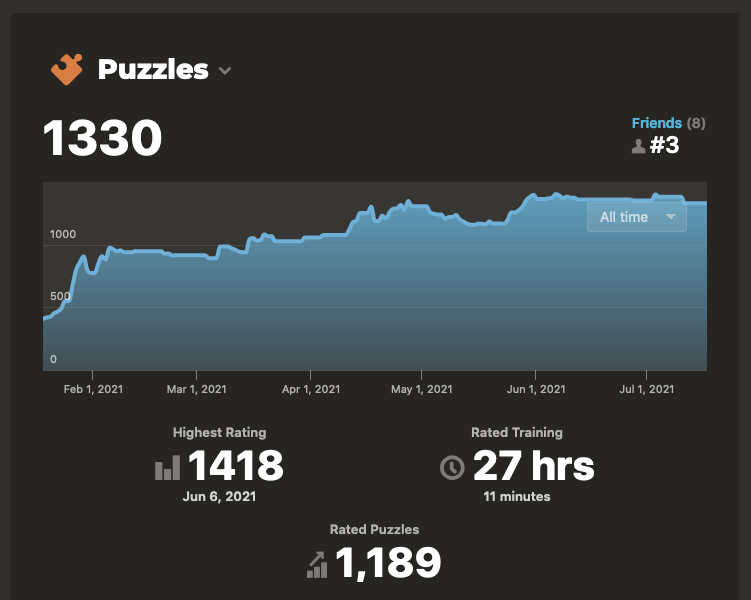 I’ve had a lot of fun learning about chess and playing it. I hope this post helps somebody to learn chess and have fun playing.