The Art of War by Sun Tzu 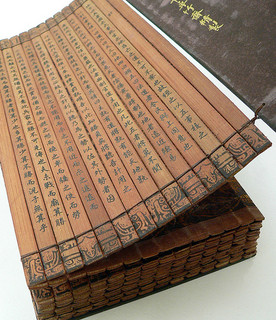 The Art of War by Sun Tzu

Earlier this year I was on an island in the Adriatic sea with nothing to read. I had my phone with me so I have decided to take a look what is available in iBooks. The Art of War by Sun Tzu was at the top of bestsellers list in the Croatian store and near the top in the US store. I have heard about the book before and saw people quoting it, so I have decided to read it.

I think this is the first book (and the only so far) that I have read completely on the phone. The strange thing about this Project Gutenberg edition of The Art of War is that it has more comments than the actual book content. The comments are really helpful. I would not understand some things if it were not explained in the comments.

It is a good book, but I am really surprised that it is so popular, because it is not an easy read. Maybe the people just download it because the title sounds interesting, but never read it. It would be interesting to see the stats which books are the most read ones, instead of which ones are the most downloaded ones.

Since iBooks has a highlighting feature I was not fighting with taking notes, as I usually do. Here are a few quotes that I found interesting: