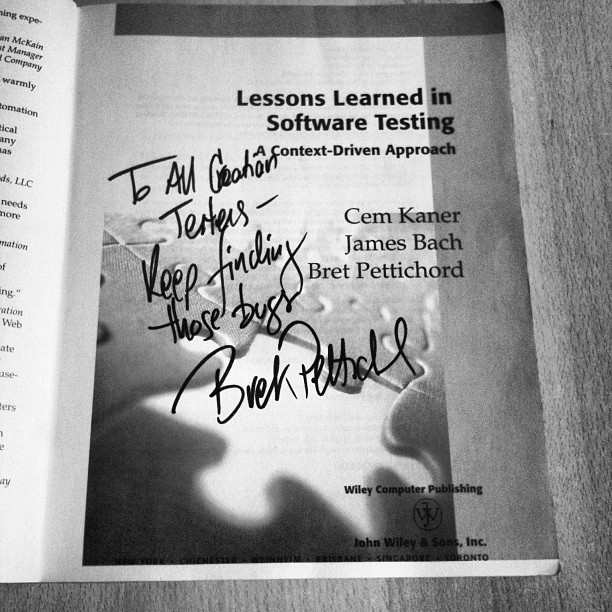 The Book in Five Sentences

Testing is a mental activity that requires skill and experience. Your job is to find information about the project, fast. You will not find all the problems. Writing well is as important as testing well. It’s better to do a lot of kinds of testing well than to do just a few kinds of testing perfectly.

I read Lessons Learned for the first time a decade ago, in 2012. (I gave it a 4 then.) As with the previous book I wrote about, Perfect Software, I don’t think I had enough experience to fully appreciate the book then. It took another decade of experience to understand how well written the book is, and how important the topics discussed in it are. In 2012 I thought the chapters on test automation and career development were the most important. Looking back, I agree that those two chapters were the most important then. At the time, I was working as a freelancer, mainly on small and short projects. Being good at test automation and taking care of my career were the most important things then, and in a lot of sense even now.

As I review the chapters now, I would like to add more chapters to the most-important list. I’m struggling not to put all 11 chapters on the list. If I had to pick only one more, I would pick the chapter on testing strategy. That’s something I’ve seen not done at all, not done on purpose, or not done well, over and over.

Technical books get obsolete very fast. Lessons Learned was written in 2002. For a 20 year old book it’s surprisingly up to date. There were a few mentions of obsolete technologies in it, but the vast majority of the book is as relevant now as it was when it was written.

I was reading this book as part of a book club at work. We pick a book and read it for a month or two, depending on how much it takes us to read it. At the end of each month we have a book club meeting discussing the book. We’ve read this book for a couple of months. For the second meeting I’ve invited one of the authors, Bret Pettichord, to join us. That was the best book club meeting we had so far. Bret shared a lot of stories with us. From how they wrote the book to some of his recent projects. We also got to ask a lot of questions.