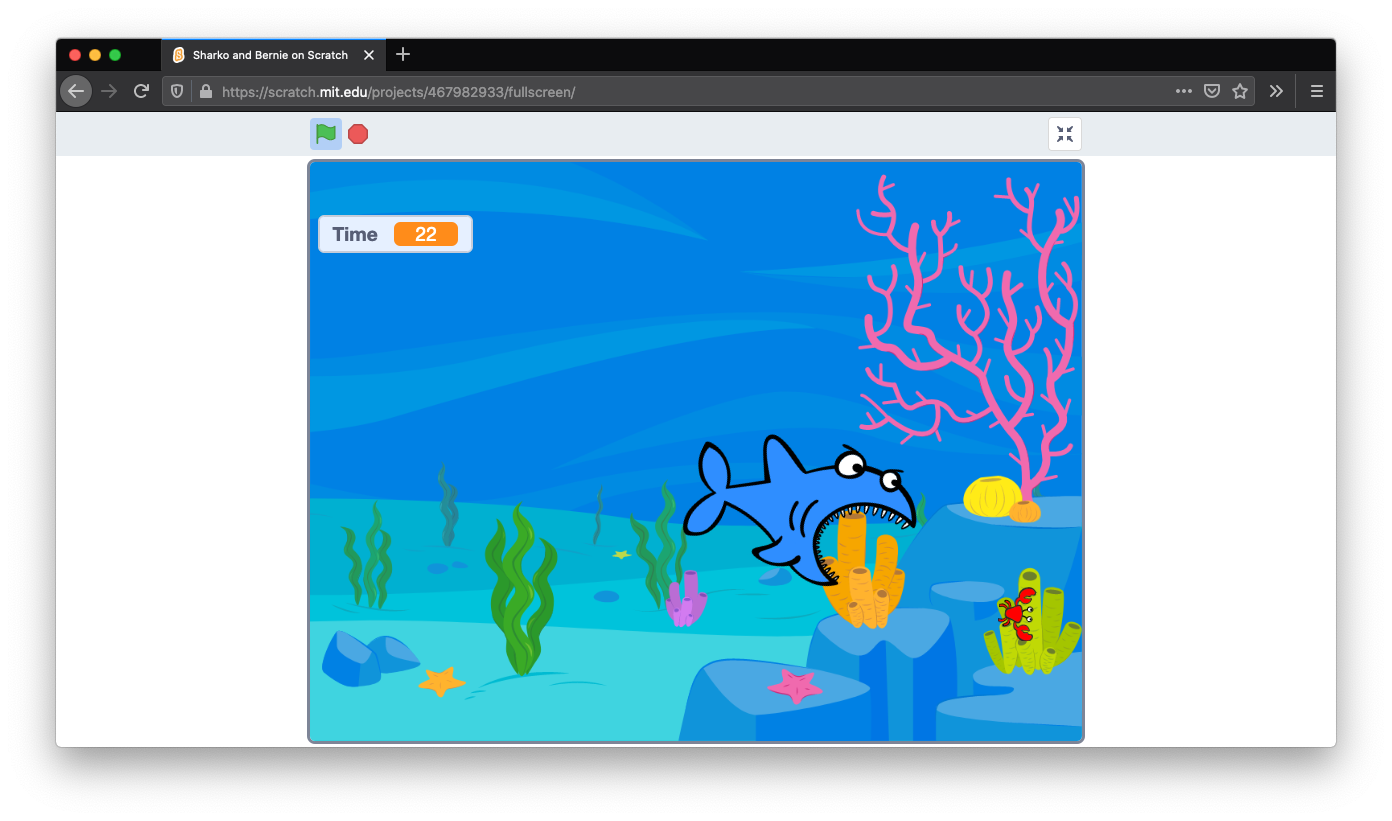 In 2017 I had a lot of fun with Scratch with my older son, then 9 years old. We have created a few simple games. See Make a Game in 5 Minutes with Scratch. I’ve also “created” Selenium bindings in Scratch.

I haven’t done much with Scratch since. Well, until December 2020. I’ve showed Scratch to my younger son, 6 years old, over the holidays. We’ve created a simple game called Sharko and Bernie, after characters from Zig & Sharko cartoon.

Sharko (the shark) is trying to catch Bernie (the crab). If Sharko catches Bernie in 30 seconds (timer is on the screen), he wins. If Bernie avoids him for 30 seconds, he wins. Use your mouse or touchscreen to move Bernie. It should work on a phone. 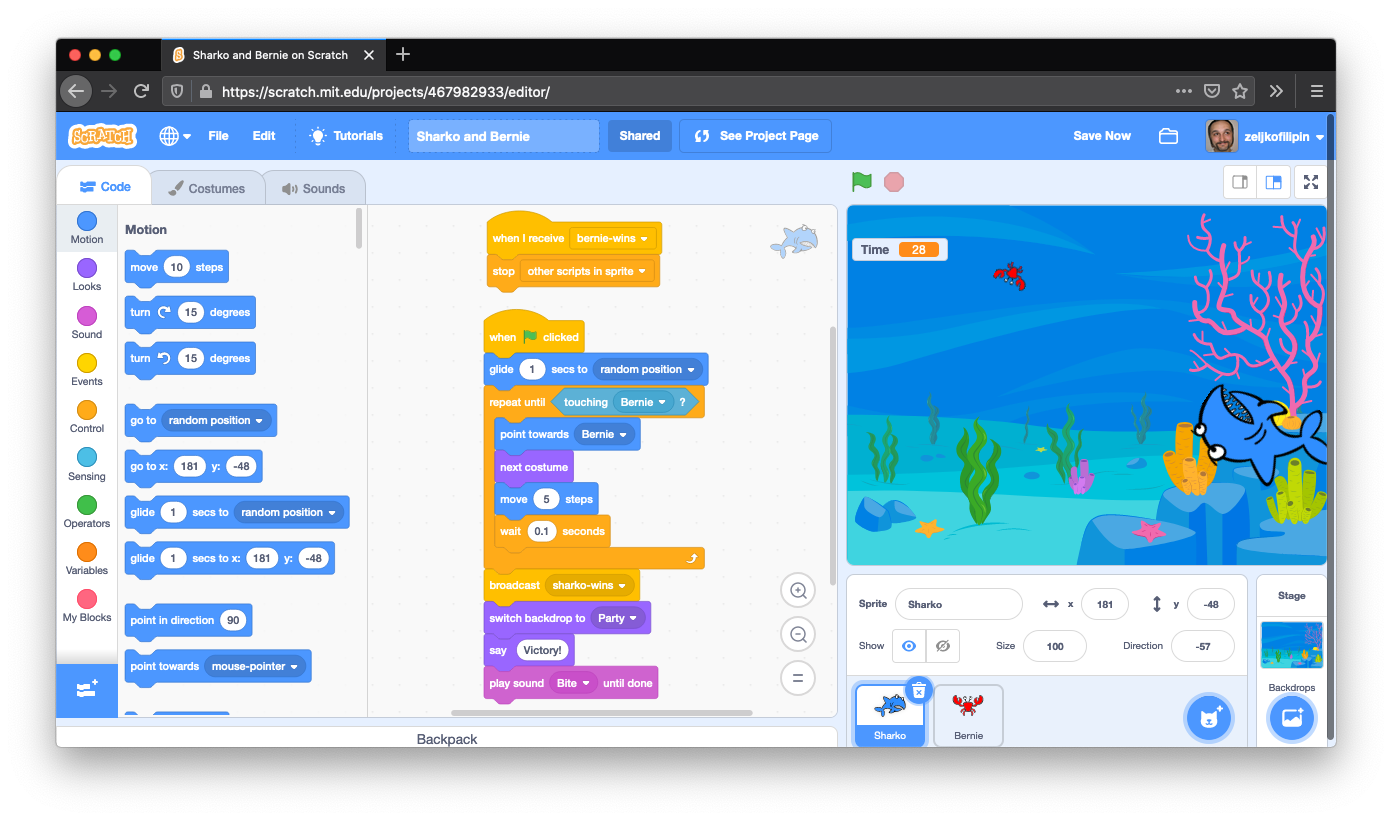 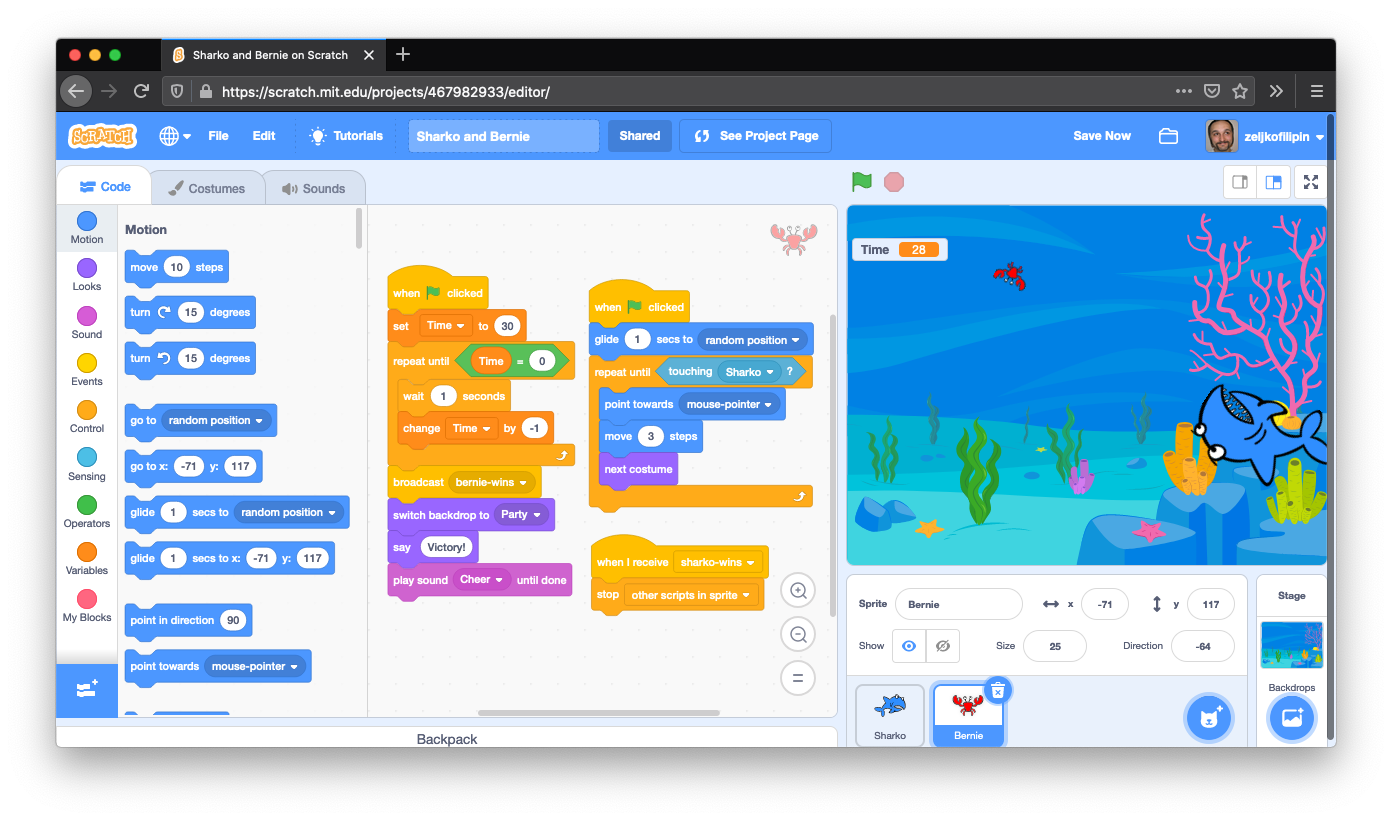 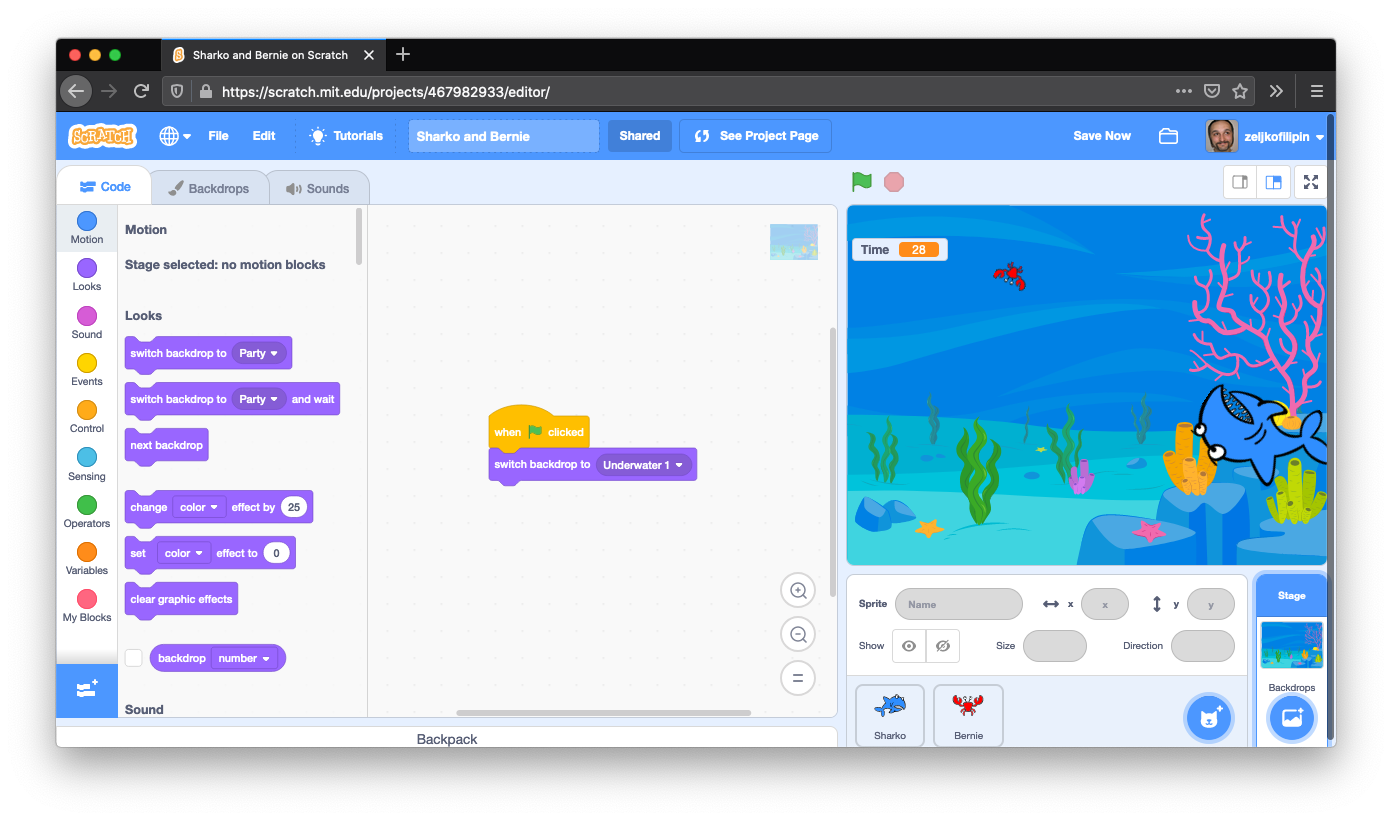 The code is also available at scratch-games repository.